Anyone who has ever traveled on European roads will recognize the familiar blue and white TIR plate, borne by thousands of trucks and semi-trailers using the TIR customs transit system. For the driver, the transport operator, and the shipper, this plate stands for fast and efficient international road transport.

The revitalization of the economies in Europe following the Second World War was at the origin of the TIR transit system, under the auspices of the United Nations Economic Commission for Europe (UNECE). The first TIR Agreement was concluded in 1949 (Denmark, France, Italy, Switzerland, Norway, and the United Kingdom of Great Britain and Northern Ireland[1]) and its success led to the establishment in 1959 of the first TIR Convention. The 1959 Convention was replaced by the current Customs Convention on the International Transport of Goods under Cover of TIR Carnets in 1975 (TIR Convention, 1975) which came into force in 1978.

The TIR System is based on 5 essential principles:

The possible enlargement of TIR to new important countries, such as China, Pakistan, Saudi Arabia can lead to even more global application of the TIR system, both in terms of geographical coverage and number of operations, and may entail positive developments for neighboring countries. For example, the possible accession of China is seen as an opportunity for the acceleration of economic development in Central Asia by making landlocked countries of that region an important transit area, in line with the United Nations 2003 Almaty program of action. 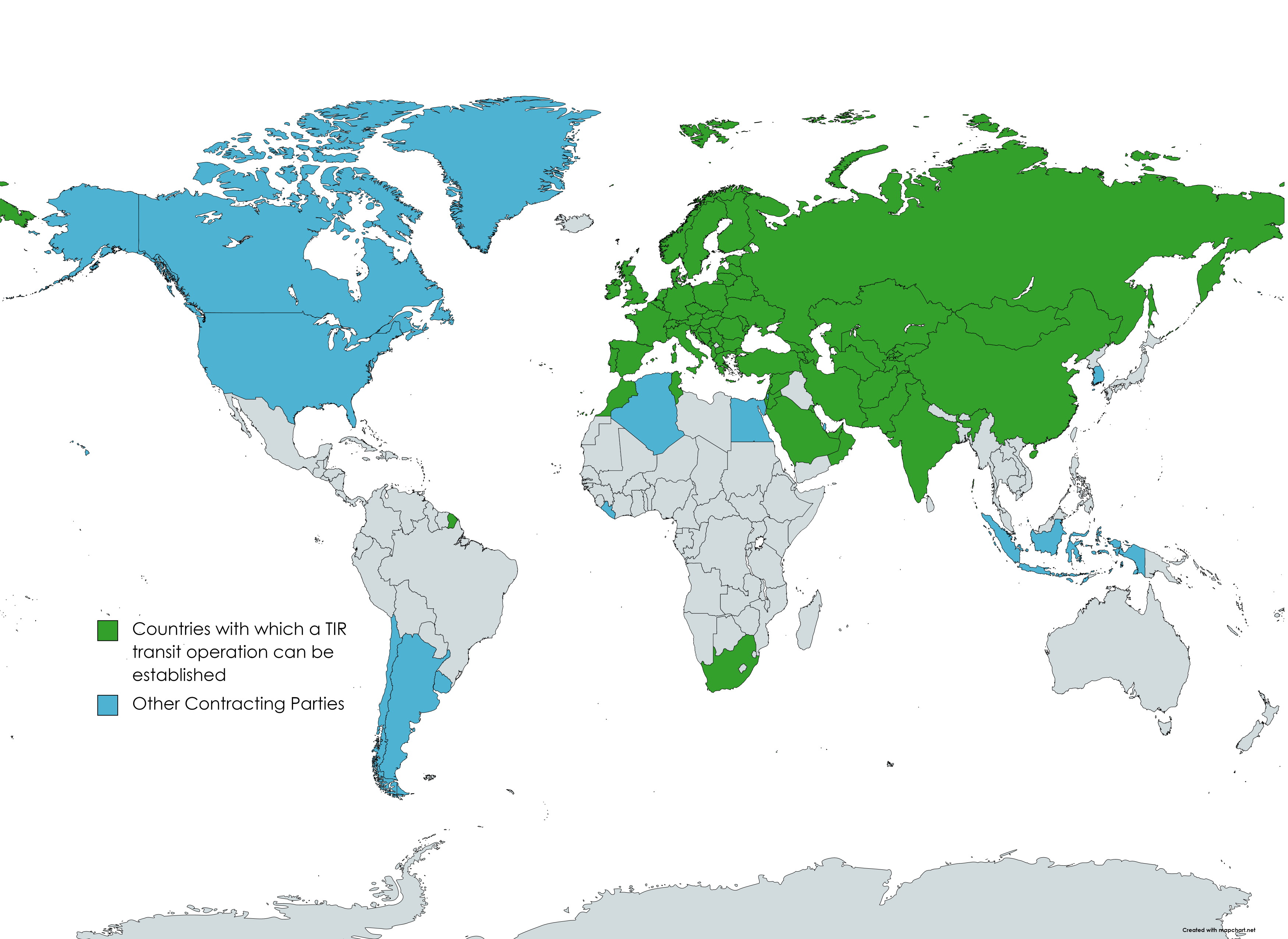 Since its approval in 1975, the TIR Convention has been amended various times in order to keep it up to date and in line with the needs of the road transport industry, turning it into one of the most successful international transport conventions (and in fact the only universal Customs transit system existing). However, over the past decades major political, economic, structural, and technological changes have been taking place, like:

All these changes warranted a strategic review of the current TIR system in comparison with alternative solutions and through a better understanding of what the current market demand is, from the perspectives of its different stakeholders such as shippers, logistics and transport operators, and Customs administrations.